Daytona, FL — The 76th Anniversary of Daytona Bike Week begins Friday, March 10th and will run through Sunday, March 19th. An estimated 500,000 bikers will converge for the rally on the east coast of Florida. The event features nightly concerts, bike shows, food trucks, and a variety of retail vendors. 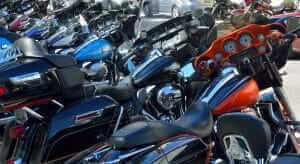