The French automaker, Lazareth, has taken motorcycling to the next level with their flying motorcycle. The new vehicle is part traditional motorcycle and part flying hovercraft. With their new LMV496 flying motorcycle, you won’t be limited to just the open road. Now, you’ll be flying cage-free as well.

The concept for this motorcycle was inspired by their previous LM847 motorcycle, which was featured on TopGear France. Both bikes share the same side design and carbon wheel covers. Instead of the Italian engine, the new flying bike sports a kerosene tank with fuel for a ten-minute long flight.

The new LMV496 has a comfortable riding (and flying) position that offers light steering and immediate grip. The braking and undercarriage technology are taken from Lazareth’s other vehicles. The suspension was developed by their TFX Suspension in the Netherlands.

The flying motorcycle will feature an electric engine for hundreds of miles of riding on the road. For flying, there are four kerosene-fueled turbine engines. They will deliver at least 1300 horsepower and the 2800N of thrust required to achieve takeoff.

The transition from road to air will be achieved by a simple switch on the dash. The dashboard will also display all the flight information needed by a biker turned pilot. This includes speed, altitude, position, and turbine speed.

The materials used to make this flying motorcycle are no joke either. The body is made from a Kevlar-carbon composite material. Lots of research and development have gone into making this vehicle a reality. The mirrors, turn signals, and other accessories for the bike are made by Rizoma, a leading Italian manufacturer.

This is their first flying motorcycle, but is not new to the industry. The French company was founded by Ludovic Lazareth in 1998. They might not be one of the top motorcycle brands, but they have been working in the automotive and motorcycle industry since their inception.

In 2005 they became an official manufacturer of new vehicles in France. They now specialize in the design and development of custom vehicles. They also offer the ability to build your own dream vehicle, regardless of numbers of wheels, seats, or engines.

How Do You Get Your Own Flying Motorcycle?

According to New Atlas, the price will be a little over $500,000. They will be available starting in October 2019 after their debut in Dubai at the Gulf Information Technology Exhibition

information is also available on the product page (in French) for the LMV496.

What Do You Think About Lazareth’s New LMV496 Flying Motorcycle?

Does the idea of flying on a motorcycle sound insane to you? Or are you ready to buy one and start flying above the rest of the traffic? Let us know in the comments what your thoughts are on this crazy new flying motorcycle. 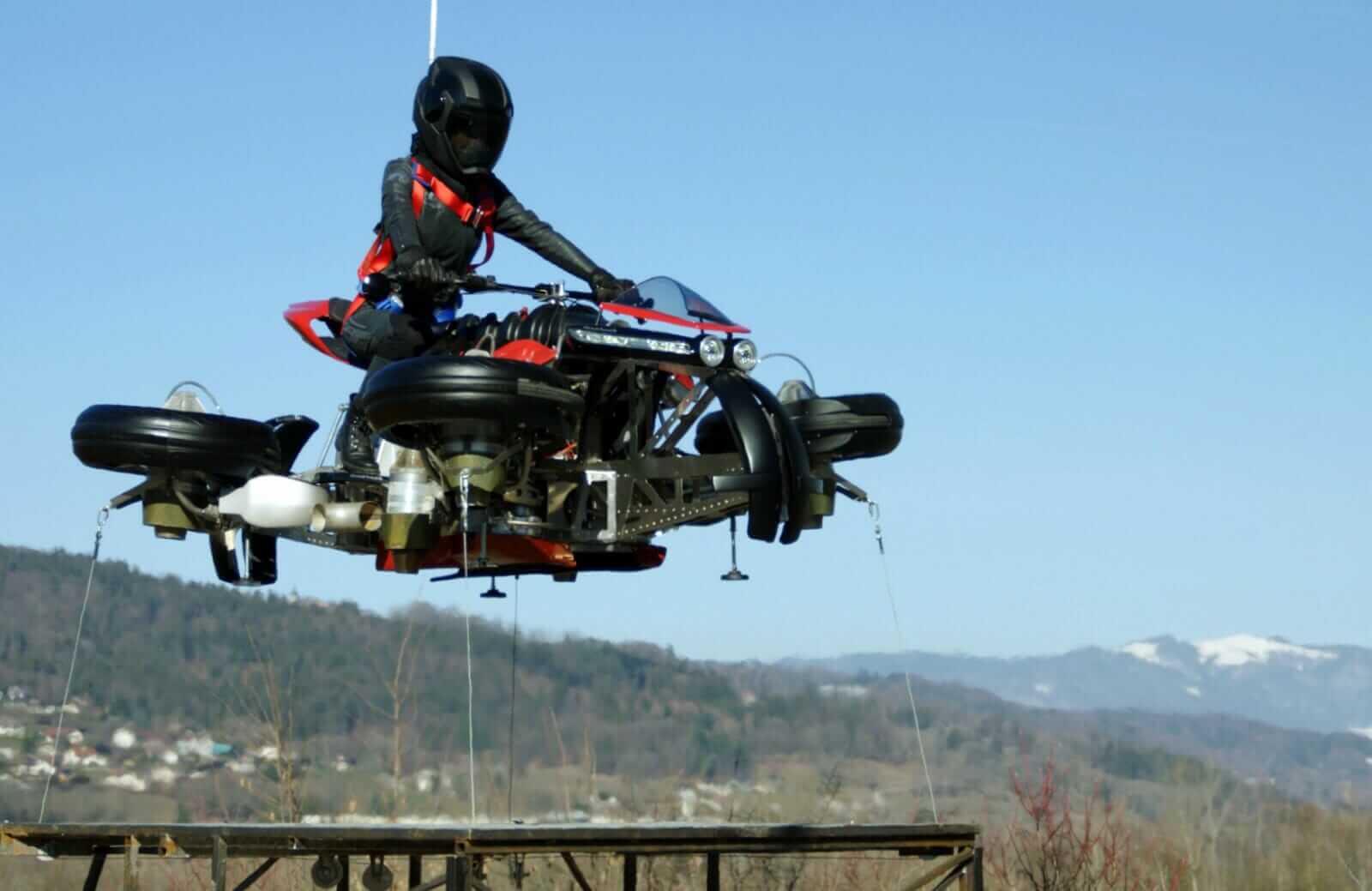 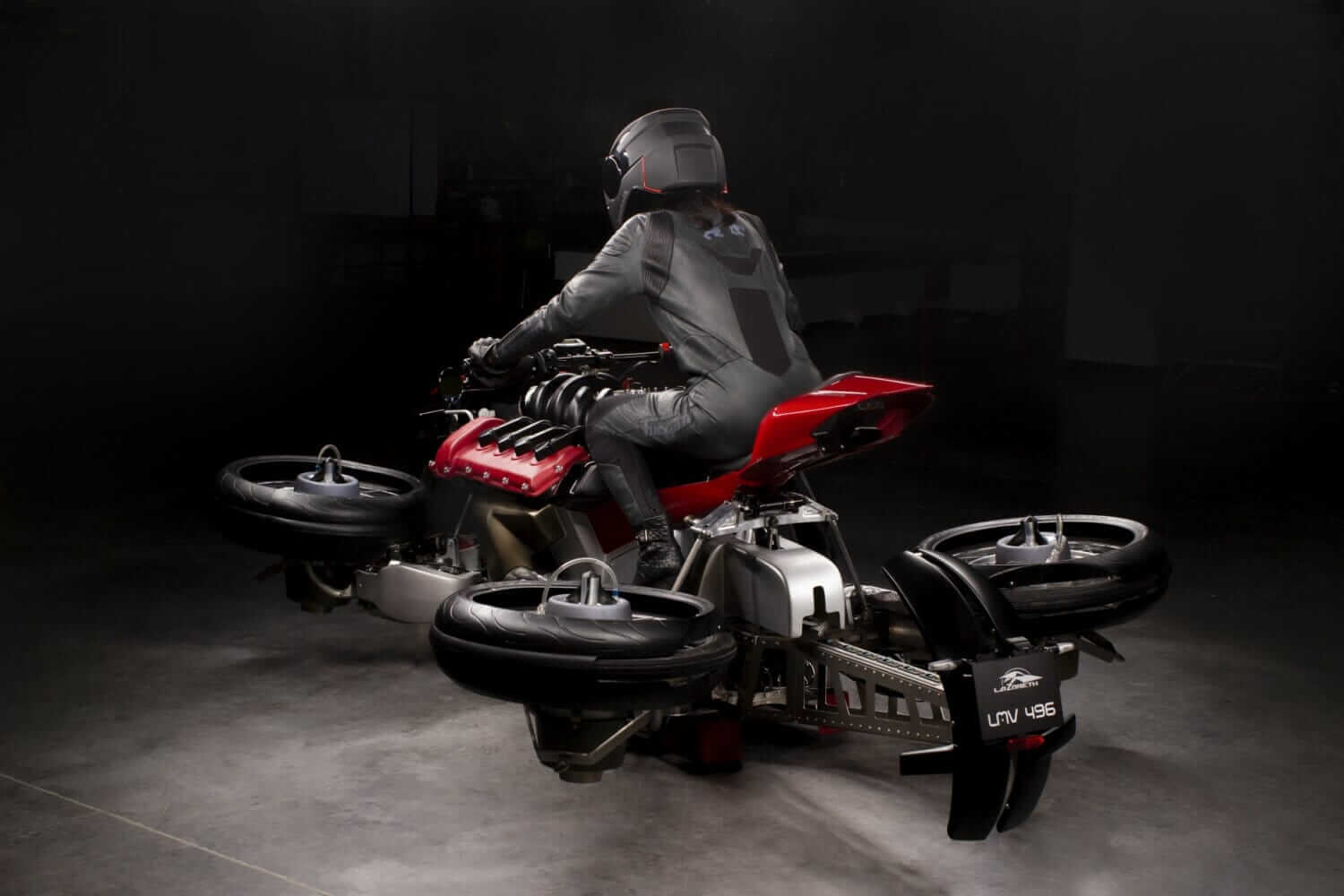 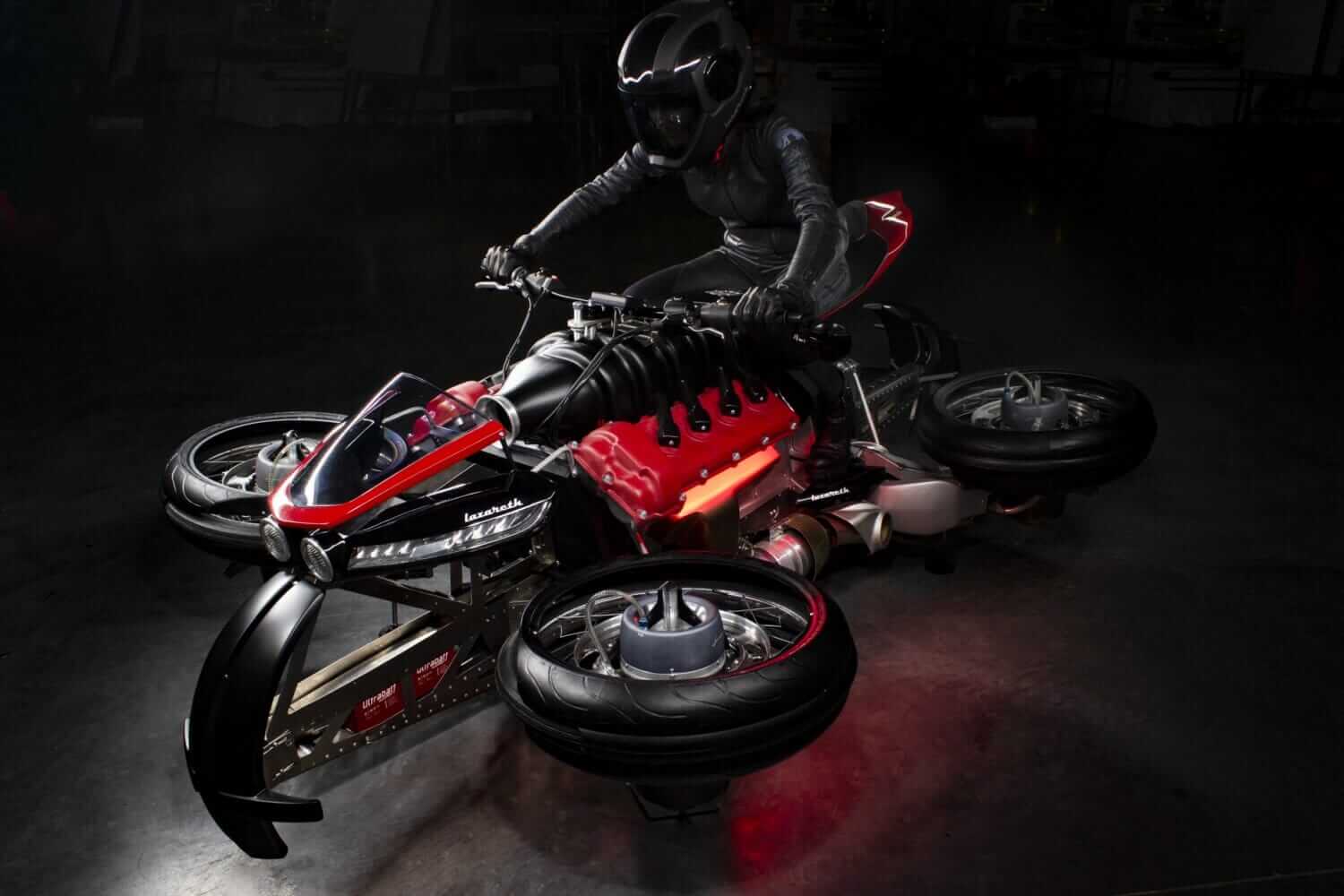 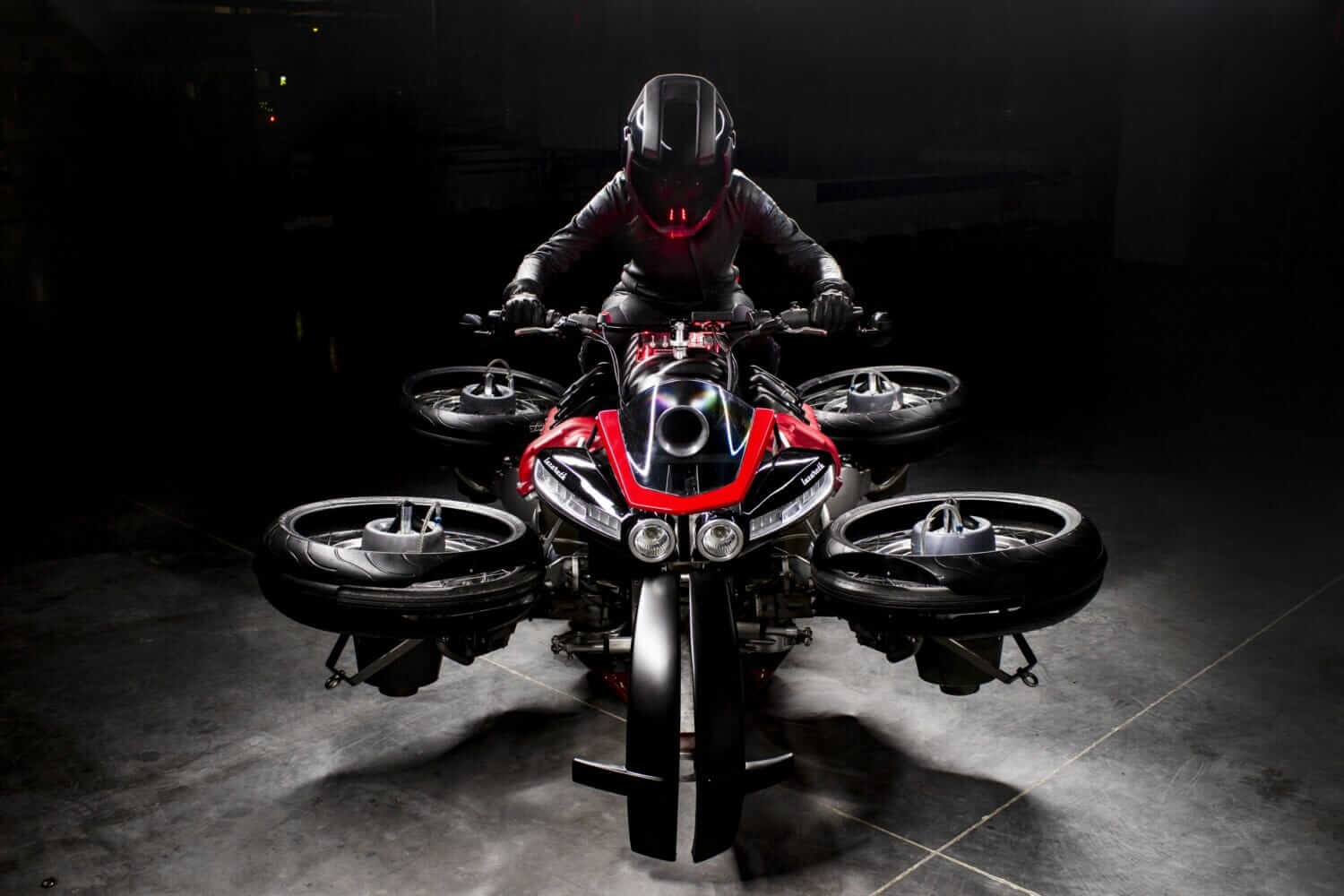 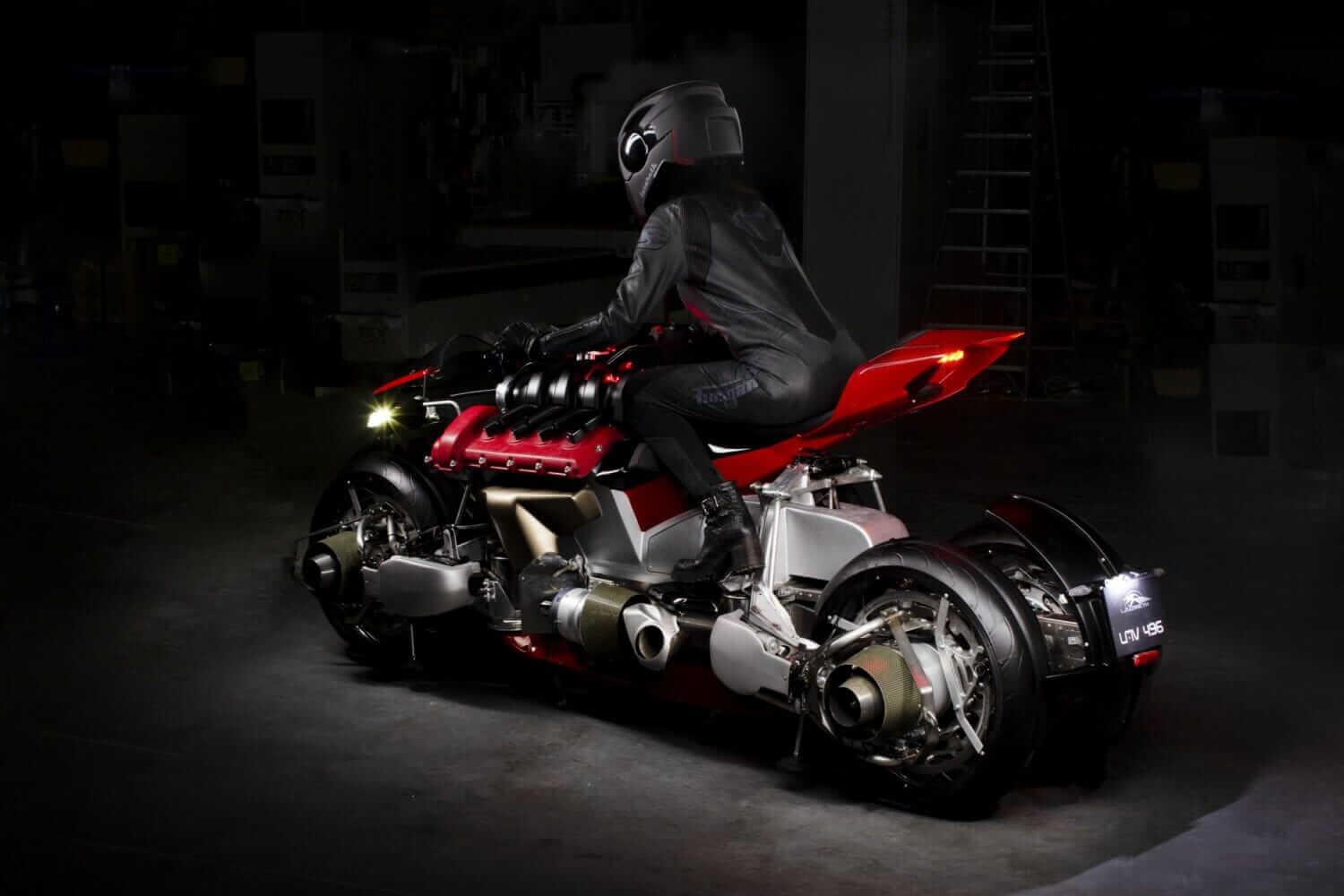 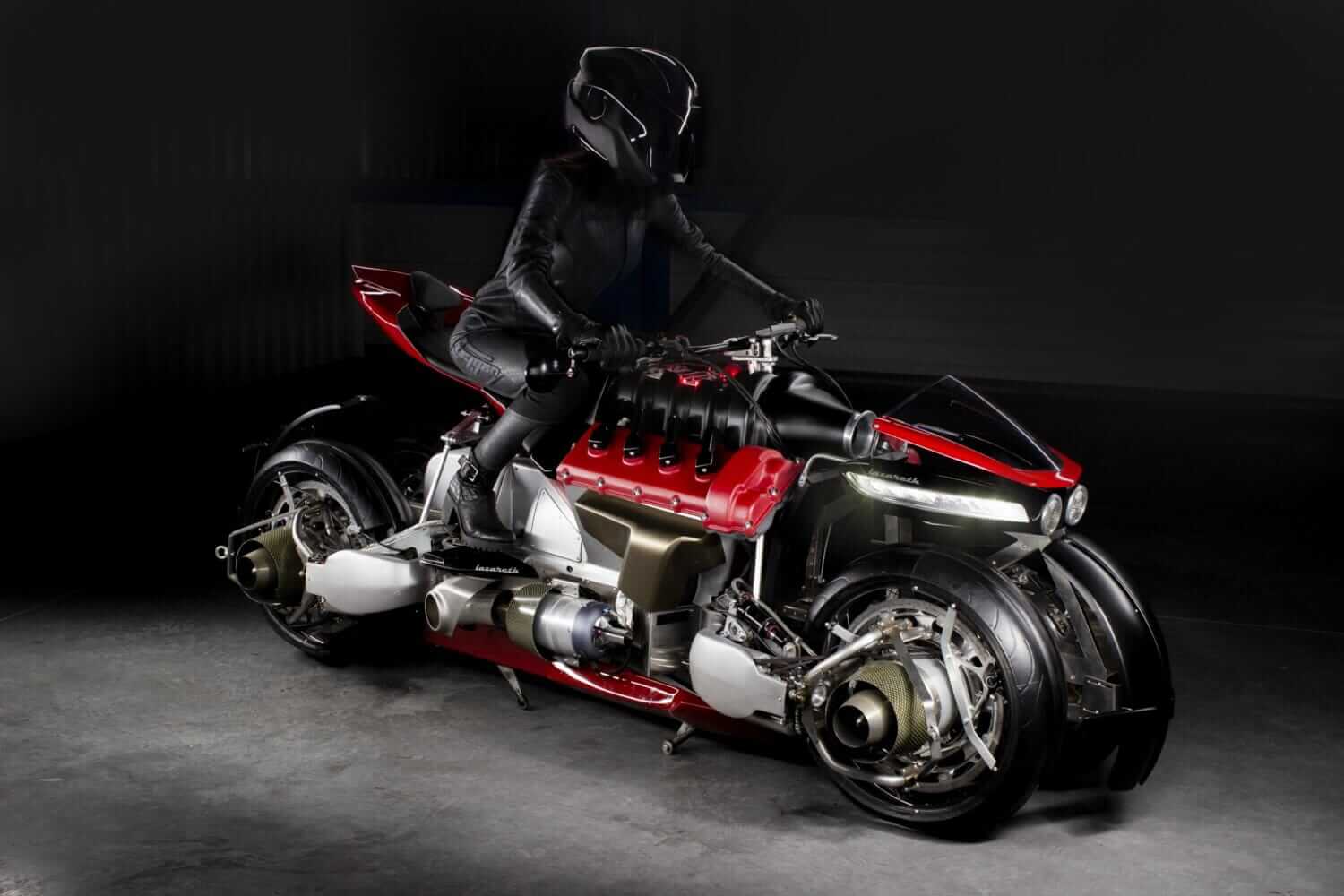 OUTRAGEOUS PRICE
NO WAY IT SHOULD COST THAT MUCH