You are here: Home / Biker Life / Riding a Motorcycle Least Stressful Method of Getting to Work 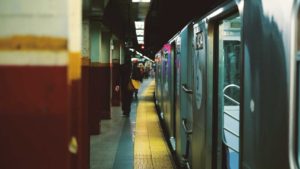 Diss, England — A survey commissioned by Lexham Insurance, a motorcycle insurance company in Britain, surveyed over 2,000 local commuters who use various methods to commute to work everyday. Their research found what many bikers already know in Britain and the United States — that riding a motorcycle to work is one of the least stressful methods of commuting to work.

Motorcycles handily beat out cars and trains among those surveyed. Riders also scored very similar to people who walked or rode their bicycles. Motorcyclists who had the least stressful commute also reported that it made their entire day better. Many said they were able to more easily avoid bad traffic, and thus they were also able to get to work faster and on-time more often. Getting their day off to a good start improved their entire day.

So, now there is hard evidence to back up the notion that fresh air and wind while you’re on the road is the superior and least stressful way to go. Keep this in mind next time you’re debating how to get to work. Hopping onto that motorcycle and riding into work will make your commute and workday less stressful. If you’ve been thinking about selling that Harley in your garage that has gone unused for the past few months, you might want to reconsider. Instead take it for a ride to work.

If any of your coworkers or your boss complains about your method of transportation, you can safely let them all know your decision is backed by cold hard facts and scientific research. Maybe they’ll even decide to join the biker community and buy a motorcycle.

Have an opinion or comment about commuting to work? Have you seen your coworkers who use a car, train, or subway to travel experience undue stress? Do you think riding a motorcycle makes your day less stressful? Let us know your story below in the comments or on social media.