Owning a motorcycle is only enjoyable if you can actually ride, and for many riders weather can be the primary culprit of missed riding chances. Some riders may enjoy the excitement of riding in adverse weather conditions, but many more dread getting caught in the rain. So we’ve broken down the top 5 of the sunniest states for riders who want clear skies, dry roads, and warmer weather. 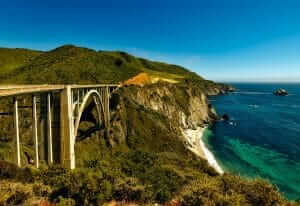 They have plenty of great routes to enjoy like the Pacific Coast Highway, and luckily it has just as much beautiful weather. Starting in the north, California has the City of Redding that offers sunshine 88% of all possible daylight hours. Next, the capital city, Sacramento, comes in a little lower at 78% sunshine, but from July through September it is actually the sunniest place in the world at 98%. Further south, in the Central Valley and near Yosemite, the City of Fresno comes in at 79% sunshine. Fresno can see temperatures in the 90s and 100s in July and August, so if you averse to the heat you may want to avoid those months. 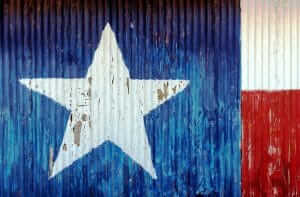 This is another large state with a variety of climates. Much of eastern and northern Texas is prone to thunderstorms and even tornadoes, but in the west we find the City of El Paso. With sunshine during an average of 84% of the day, El Paso can be a great city to ride. The spring season can bring high winds and reduced visibility from sand and dust storms, and the winter can be cold and snowy. Otherwise, the visibility is great and the traffic is less congested that other large cities in Texas. You’ve got the Hueco Mountains to the east, the Franklin Mountains to the west, and plenty of open roads to explore. 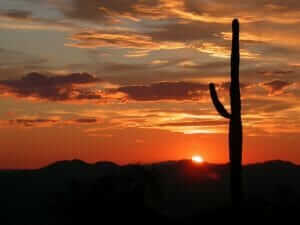 Located between the previous two states, Arizona has a diverse climate that has similarities to parts of Texas and California. It’s also home to four of the top cities in terms of sunshine: Yuma (90%), Phoenix (85%), Tucson (85%) and Flagstaff (78%). If you’re looking for cold, head to Flagstaff, because it’s the most consistently cold city in the contiguous United States. Similarly, if you prefer the heat, the state capital of Phoenix is the most consistently hot city, based on days above 100 °F+. Or visit both, as State Road 89A, I-17, and other highways that connect Phoenix and Flagstaff are popular rides. Phoenix, Tuscon, and Flagstaff can all experience flooding in connection with the Arizona monsoon during the summer season. If it’s summer, you want to avoid the flooding, and don’t mind the heat, Yuma is considered the driest and least humid populated city in the continental United States. 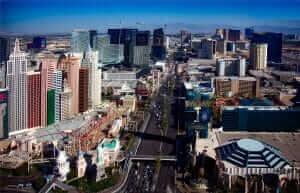 The state name might be Spanish for snowy, but it almost never rains and is actually the driest state. First up in Nevada is of course Las Vegas, situated within the Mojave Desert, and comes in at 85% sunshine. Vegas is famous for it’s gambling and nightlife, but it can also be perfect for a great sunny ride. You’ve got the Valley of Fire, Lake Mead, Red Rock Canyon, and plenty of other amazing sights all within an hour of the Las Vegas Strip. If the thought of Vegas doesn’t appeal to you, there is also Reno, also known as “The Biggest Little City in the World.” Coming in at a respectable 79% sunshine, certain areas can be prone to thunderstorms and even snow. Popular routes in this area include the highways that surround Take Tahoe and Carson City to the south. 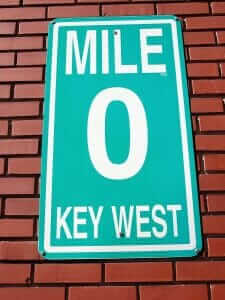 Last but not least is of course the “The Sunshine State,” but it’s also got plenty of other weather problems to balance it out. During the hurricane season, mostly in the summer, you need to watch out for hurricanes, flooding, lightning, and tornadoes. If there isn’t an active hurricane nearby, any summer thunderstorms will almost exclusively occur in the mid-afternoon. Many of the cities have ample sunshine year-round, but the top spot for sunshine is Key West coming in at 76%. The rain usually occurs here in the early morning, which is the opposite of the rest of Florida and leaves the afternoon wide open for riding. Mile zero of the 2,000+ mile U.S. Route 1 is actually in Key West, and if you’re up for an adventure you can ride into Florida’s mainland into the Miami metropolitan area. This route includes the historic Seven Mile Bridge, which is considered one of the most scenic places in the Florida Keys. If bridges aren’t your cup of tea, you can ride around the city or head to the mainland. Florida has plenty of other great rides, and it happens to host one of the largest and most famous biker rallies, Daytona Bike Week.

Of course plenty of other states have sunshine and great scenic routes, but these are our top five. Leave your comment on what cities and states offer the best year-round sunny rides.

I live in New Mexico. The only reason I can see we got left off the list would be because of the lousey drivers in this state trying to cut you off and driving fast as a bat outa hell. Lotsa sun though!