Atlanta, GA — Lab Brothers, LLC has announced a new kind of GPS system that they hope will be perfect for motorcycle riders. The product is called TurnPoint Smart Glove, and it will use a smart Bluetooth devices that pairs with your iPhone and fits into a glove that is ideal for motorcycle riders. The smart glove has been in development since the idea was conceived in 2015, and Lab Brothers is now trying to raise at least $125,000 on Kickstarter. They are offering perks to those who help with funding, including a 20 to 30 percent discount off the first devices. 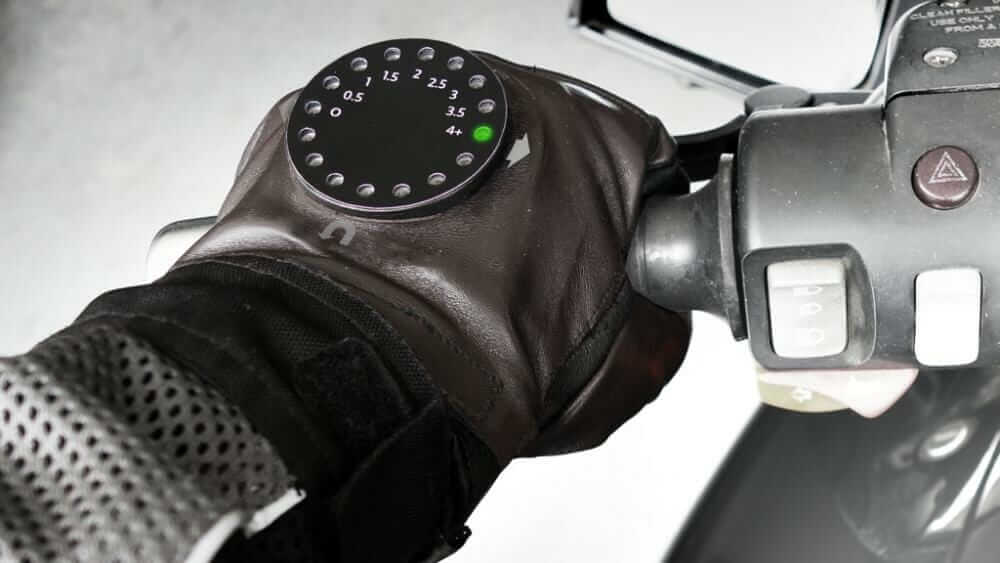 The device is a shallow circular smart Bluetooth device that is mounted to a dock inside an included glove. The Bluetooth device features 16 super powerful LED lights that can be safely viewed by the rider in any level of sunlight. The lights on the device can indicate distance until next turn, which direction to turn, Bluetooth connectivity and remaining battery power. When displaying distance, the device uses eight of the LEDs to display the distance in color-coded half mile increments.

Included with the smart device is a pair of custom designed gloves featuring conductive thread. The left glove will be the smart glove that includes the dock that connects to the device. The right glove will be a normal motorcycle riding glove that matches the smart glove. The smart glove also includes fingertip controls in the thumb and index fingers that allow control of the smart device while keeping your hands firmly on the handlebars. Lab Brothers also plans to incorporate other features into the other three fingers to execute other navigation or entertainment commands on the device or your phone.

Lab Brothers is looking to raise the $125,000 on Kickstarter before May 6th, 2017 in order to make the TurnPoint Smart Glove a reality. If the campaign receives enough funding by then, the product is expected to ship in January of 2018. Watch the video before or learn more on their Kickstarter campaign page.